18.IASE… Always with you

Many braving the inclement weather turned up in college on Independence Day, Wednesday, 15th August in a spirit of true patriotism. But since the previous day,  Thrichur  had been  receiving a rainfall of the kind never  before seen in living memory and many low lying areas in Thrissur were  flooded with water levels rising to over three metres…So, by the time  the  District Collector declared a holiday on 16 August,  and the University of Calicut preponed Onam vacation  from Monday, 20 August to  Friday, 17 August, many National Highways   and bridges  were  submerged in water  and   buses stopped plying. Those  students staying in  hostels were   safe  but  their own homes  miles away were   affected by dangerously  rising  water levels…

By Saturday, 18th morning,  almost everyone  who had stayed  back  in  the college hostel had vacated….

We, the Staff and Students of IASE,   pray for the  safety and welfare of  those  affected by the  deluge….Please feel free to  contact  us if in need of any help… 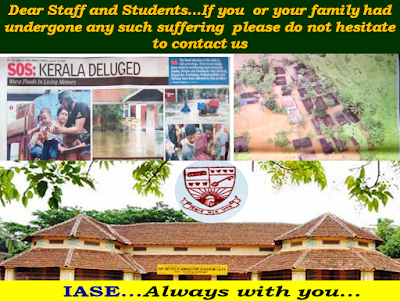 Thrissur district   had been experiencing  torrential rain for  the last two days …yet  many students  turned up in the college to celebrate  the nation’s 72nd Independence Day on 15 August 2018 at 9.30 AM. 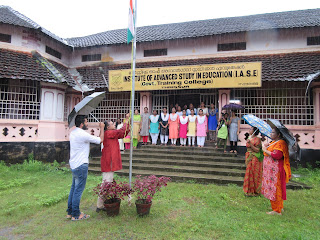 It was raining when the flag was hoisted by the Principal-in-charge, Dr.C.Praveen. Everyone joined in singing  the  popular Hindi lyric- Jhanda Uncha Rahe Hamara  and  in  rendering of the National Anthem.

The students had lined up quite a few programmes in the college auditorium which commenced with the  Independence Day message by the Principal. The following is a  translation into English  excerpts from the speech delivered  in Malayalam: 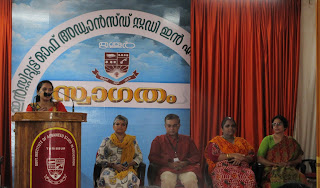 All of us present here have never had  any first hand experience of our nation’s  struggle for Independence from  British rule…Let us recall the lines from Nehru’s  ‘Tryst with destiny’: …we step out of the old to the new…we end today a period of ill fortune and India discovers herself again…

Never did the British expect India to become a nuclear power or become a member of  nations  which launch rockets to space….In our success let us recall  the lives of our freedom fighters  who helped  overthrow the yoke of British rule by  laying down their own lives and paving the way for  the nation’s progress…. 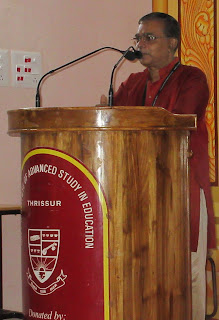 Freedom today has many dimensions…it could be economic freedom, freedom of expression or even freedom to be alone. But while we enjoy the fruits of freedom  we need to become conscious of the fact  that  freedom  necessarily  entails  responsibility…..one’s liberty should not infringe on others….there are certain constraints  on individual liberty…

Group song and Group dance  rehearsed early in the week  were performed by  the students. 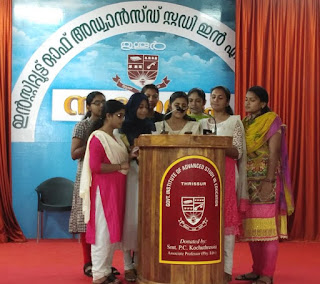 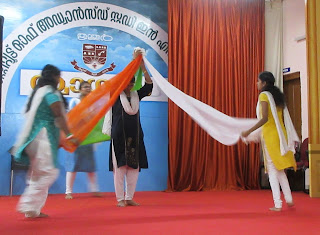 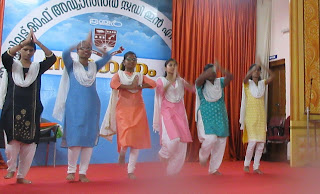 Ms. Mythili, BEd student of  the 2018-20 batch  delivered the ‘Thought for the Day’ programme  quoting lines from Khalil Gibran to mark Hiroshima Day.

This was followed by a  video presentation which included archival footage of the  dropping of the atomic bomb in Hiroshima. 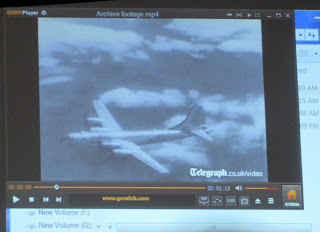 Martin Luther King Jr. is often attributed with the  advice:
Someway along  the way, we must learn that there is nothing greater than  to do something  for others….

Living up to those words…the students of the Institute of Advanced Study in Education, Thrissur joined hands with Mathrubhoomi in the ‘Save Kuttanad’ campaign…

Here is a news clip from  Mathrubhoomi : 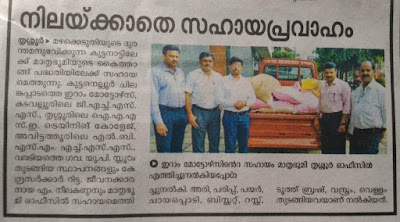 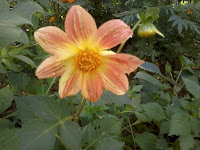 Dr.N.P.Unni, former Vice Chancellor of Sree Sankaracharya University, Kalady was  given the ‘Sanskriti Puraskar’  for contributions to Sanskrit language and literature at a function held at IASE, Thrissur on Sunday, 05 August 2018. 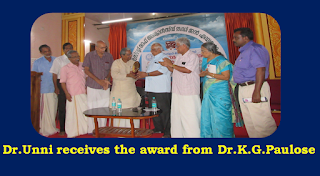 Dr. K.G.Paulose, former Vice Chancellor of Kerala Kalamandalam,  briefed the audience on the  immensely rich and varied  publications of Dr.Unni. 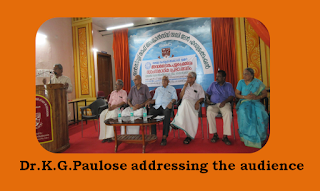 Book releases and  informal meeting of members of the Sanskrit Academy followed. 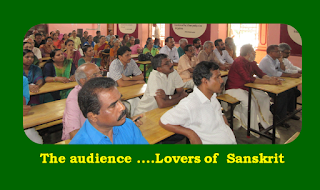 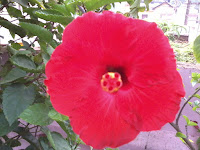 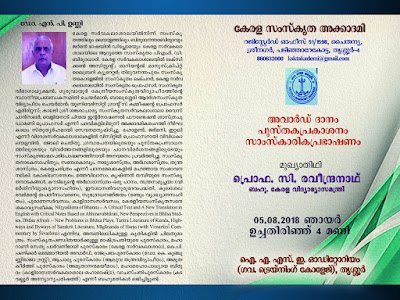 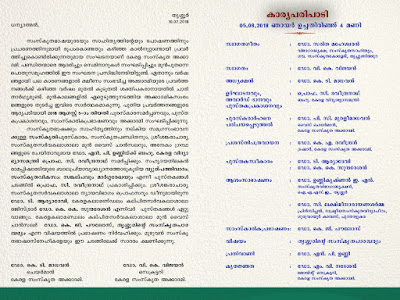 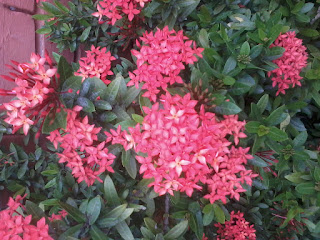 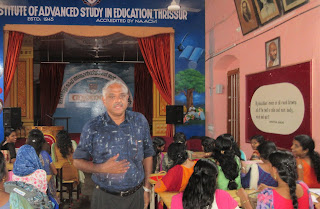 A session on Communicative English was organized in the college for the first semester BEd and MEd students on 01 August 2018.  A Resource Person from Overseas Institute of Advanced Studies Sri Varghese engaged the session. 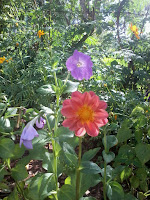 
The first Parent Teacher Association (PTA) meeting of the academic year 2018-19 was held in the college auditorium  on 30 July 2018. The Principal-in-charge, Dr.C.Praveen who is also the President of the PTA welcomed the gathering. 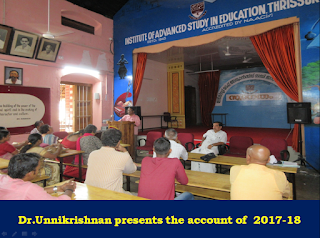 Dr.E.N.Unnikrishnan, Assistant Professor in Sanskrit and Secretary, PTA for 2017-18, briefed  the  parents on the programmes undertaken during the academic year. He also presented the accounts of the year which was  approved by the  members. 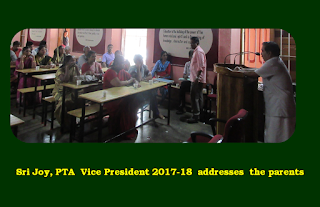 Sri Joy, former Vice President of the PTA 2017-18 also addressed the parents and expressed his satisfaction of having served the PTA of the  college. Prior  to the election of the new Executive Council , Dr.C.Praveen, thanked Sri Joy for his invaluable  service to the PTA. 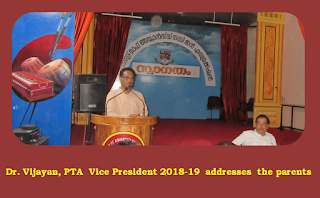 During the general body meeting, Dr.P. Vijayan (Principal of Government Engineering College, Idukki and parent of  a BEd trainee of the college) was nominated as the Vice President of the PTA for the academic year (2018-19). 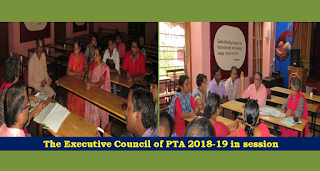 Following the general body, the first meeting of the Executive Committee was convened.
During the meeting it was decided to chalk out programmes  which would benefit both the community and the college  for the next two years  as IASE, Thrissur  will be reaching a major mile stone in its history, namely  75 years of its existence. 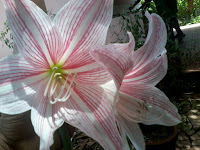 Imagine someone dedicating ones retired life to   travel for bonding friendships...That’s Louis Master...an alumni of IASE and later ... 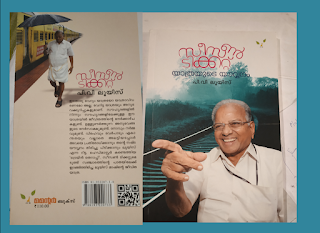 Dr. Chandrasekharan Praveen
Hello, I hail from Trivandrum, capital of the lush green state of Kerala, India. You can call me Praveen. I had been blogging since 2006 posting thoughts which interest mostly teachers. I visit several blogs but seldom comment like my own Blog visitors. Yet some like-minded souls regularly visit my 25-odd blogs so I update them occasionally. Wishing you all Happy Reading -C.Praveen Email Id: profcpraveen@gmail.com My Blog Map :https://cpraveenpublications.wordpress.com/